Is a grain free diet for dogs healthy for your 4 legged friend?

Do you shop on the organic foods aisle? Avoid gluten? Stay away from saturated fats? Have you reduced your carb intake to almost nothing? Do you swear by fasting?

If you’ve answered “yes” to any of those, chances are you’re been influenced by a food-related trend. Even if you’re not dieting with the hopes of losing weight, you may be subscribing to the latest recommendation you’ve seen on Facebook or in ads that have popped up on your favorite search engine. After all, it’s easy to be swayed by all those seemingly academic articles about what’s good for you and what’s not.

And the same is true when it comes to choosing the right diet for your furry pal. Do you stick with your tried-and-true choices or do you try recommendations you’ve read about in articles or on websites? And how do you know if the information you’re reading is accurate?

If you pride yourself in staying current on trends that involve properly caring for your dog, chances are you’ve heard about a grain free diet for dogs. Maybe you’ve even switched your dog over to this type of food, convinced that a grain-free option is the way to go and will likely be an overall better decision for the health of your dog. Perhaps you’ve even seen improvements.

The switch to grain-free

Grain-free dog food has actually been around for quite some time, but it was only recommended for dogs for which it had been proven that digesting grains was a problem. But now, data shows that nearly half the dog food on the market is grain-free, which – to many animal experts – seems like a vast over-reaction to a problem that really doesn’t plague most dogs. However, others see it as essential. 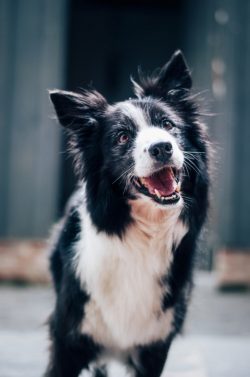 Why did dog food companies move in this direction? Because consumers were demanding it! In addition, many experts believe that the Chinese kibble fiasco of 2007, which involved tainted wheat gluten, may have started the trend. All of a sudden, all wheat was bad and then the fear spread to other grains as well.

So, just as with trendy human diets, more and more dog owners have climbed onto the grain-free bandwagon and taken up the no grains flag, believing that their decision will help keep their dog healthy and happy.

The potential problem with grain-free diets

Though research is still in its early stages and testing has only involved about 600-1000 dogs, the Food and Drug Administration says that a grain-free diet may be causing a life-threatening heart problem known as dilated cardiomyopathy (DCM).

When a dog develops this disorder, the chambers of the heart become enlarged because the heart muscle weakens and ceases pumping effectively. There are some breeds more predisposed to developing the disorder – cocker spaniels, boxers, Great Danes, Doberman pinschers – but the main cause seems to be the lack of taurine in a grain-free diet.

Taurine is an amino acid that aids in cardiac function as well as immune system function. It is especially concentrated in the heart muscle and it helps the heart to operate as it should. Not enough taurine means the heart becomes weaker and weaker and dogs begin to exhibit issues such as difficulty breathing with exercise, severe fatigue, lack of energy, and coughing.

The problem? Food with no grains lack cysteine, which limits the dogs ability to naturally produce taurine, which could be a problem for some dogs.

But there are 2 sides to every story!

A large percentage of veterinarians, however, maintain that a grain-free diet really is the way to go and cringe when their counterparts recommend the return to synthetically infused, feed-grade, grain-based pet food formulas.

Why? It all has to do with toxic chemical substances known as mycotoxins, a term that derives from the Greek words for fungus and poison. Doesn’t sound very appealing, does it? They are produced by certain types of fungi that infect grain crops. Pet food manufacturers are “advised” to monitor mycotoxins but this is not regulated, and studies, unfortunately, show that grain-based pet foods – especially dry dog food – often contain detectable amounts of mycotoxin contamination.

Mycotoxins of the fusarium genus, for example, are prevalent in dog foods that contain corn. These can cause severe organ damage. Deoxynivalenol (DON), a member of the trichothecenes family of toxins, was found in about 2/3 of the dry dog foods tested in a recent study.

This type of toxin attacks a dogs immune system and can also cause serious digestive problems like diarrhea/vomiting, failure to eat, and – as such – severe weight loss. Hemorrhaging may occur as well. A third toxin, zearalenone, has been known to cause reproductive issues in all animal species.

So, why aren’t pet food companies watching out for this? Why aren’t they using high-quality grains rather than low-quality products that contain broken and fragmented grains which are much more susceptible to mold growth and subsequent mycotoxin production?

It likely all comes down to cost, sadly. Grains that are considered “unfit for human consumption” wind up in dog food products, experts point out, and these grains are much less cheaper than grains that are graded U.S. Number 1 by the USDA. But no requirement currently exists which demands that dog food manufacturers reveal the grade of the grains they use, which allows them to get away with using grains you’d probably rather not feed your dog.

And while no study has actually undertaken the task of measuring the long-term effects of exposure to mycotoxins in dogs, the overall agreement is that it’s a health threat to be taken seriously. Pet owners who have dogs with diagnosed medical conditions that could be attributed to the grain they’re eating should seriously consider a switch.

Due to COVID, we are open by appt only until further notice.